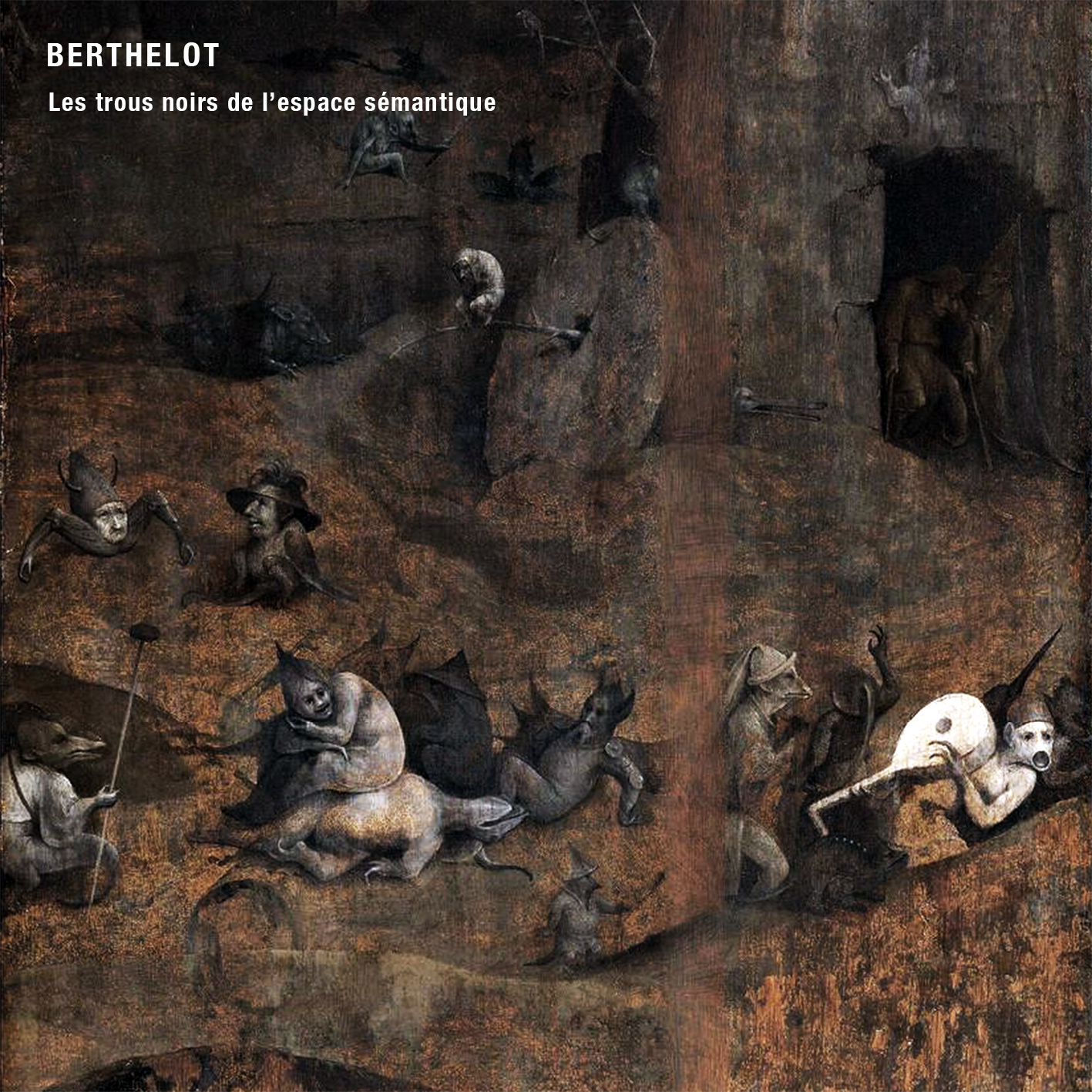 Black holes of the semantic space (les trous noirs de l'espace sémantique) are related to the dialogues of the deaf, a common activity on this strange planet.

In this album, the sounds come and go, hesitate, disappear and then they reappear more far in time. They are trying to avoid, but also they are scrambling to finally get lost in space, without even trying to harmonize.

These chaotic soundscapes act as a reflection of our society of hyper-communication in which the informations, the messages, all the words, and all the data get lost anywhere.

Nobody try to understand and everything always ends in a great dialogue of the deaf, each arguing for oneself, and ultimately the knowledge is lost in the black holes of the semantic space.

Cover by Hieronymus Bosch, The Hell and the Flood (detail).
Photos by Ironside. Sleeve design by Berthelot & Graph’Hypnotic.

Titles translated in english (not as precise as the french words)

Uploaded by dna-production.org on February 1, 2016